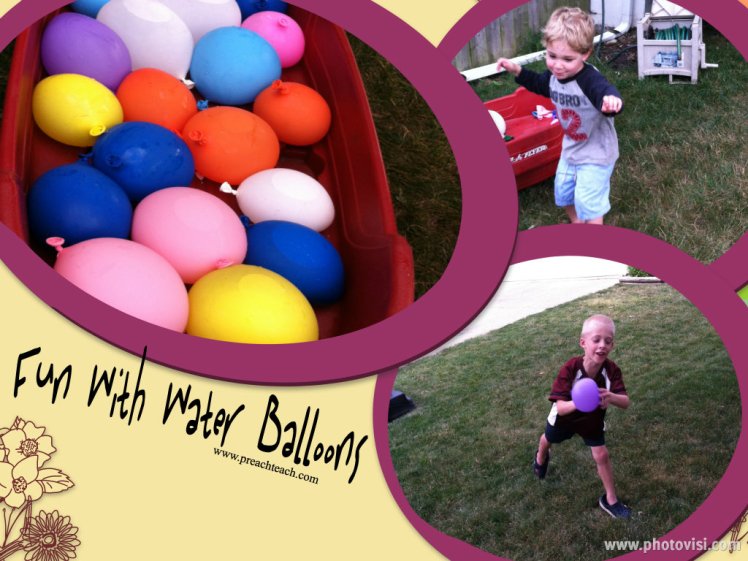 We spent some quality family time this weekend playing with water balloons.  The baby even got in on the fun, as one aimed at me via Daddy, splashed her in the face!  She didn’t fuss… for too long!

We actually had the regular size balloons, which turned out to be perfect for a 5 and 3 year-old.  They were easier for them to catch and didn’t pop as easily.  We had fun playing catch and pairing off in teams, as just the splash was exciting enough for my boys.

Here are some fun games you can play with water balloons:

Do you have any other game ideas for water balloons?  Please comment.

Until next time… Don’t get soaked!  XO-Erica

I found this site which had some good ideas too.